You are in Home > Works > Gas mask 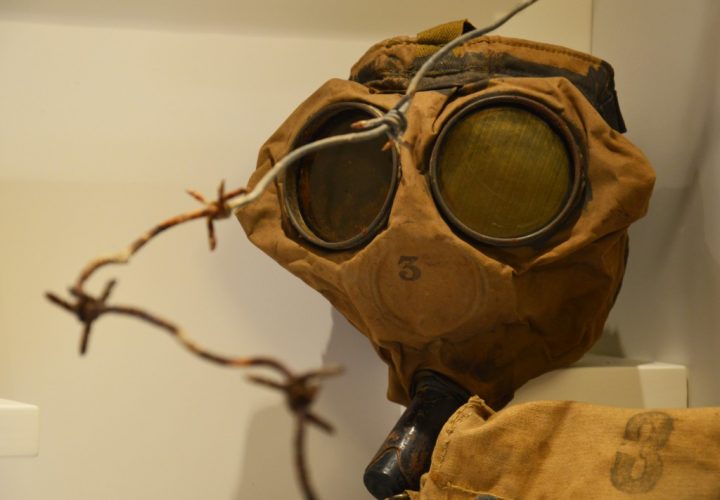 The Great War was the first time asphyxiating gases were used. It happened on 22 April 1915, at Ypres, on the western front. In order to overcome enemy resistance, the Germans fired artillery shells filled with chlorine gas, with devastating effects. From then on, toxic gases were used by all the armies. The most commonly used chemical compounds in addition to chlorine were bromine, phosgene and chloropicrin.

To protect the airways, the soldiers exposed to these aggressive chemicals were equipped with gas masks. To begin with these were very simple (a gauze pad soaked in a counteracting substance), becoming gradually more sophisticated with goggles to protect the eyes as well as filters.