You are in Home > Works > Jacket belonging to Tito Strocchi 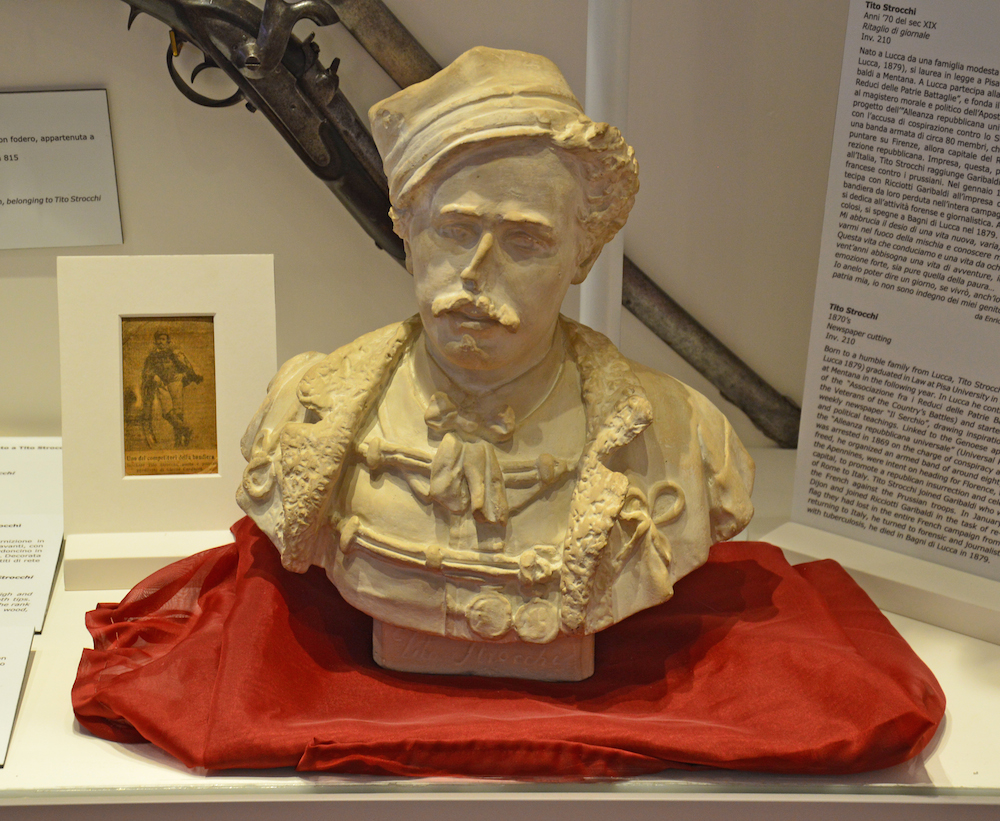 Born in Lucca into a modest family, Tito Strocchi (Lucca 1846 – Bagni di Lucca, 1879) graduated in law in Pisa in 1866 and a year later was with Garibaldi in Mentana. In Lucca, he was involved in the foundation of the “Association of Veterans of the Battles for the Mother Country”, and established the weekly magazine “Il Serchio”, dedicated to the moral and political teaching of Giuseppe Mazzini.

Linked to Mazzini by the plan for the “universal republican alliance”, he was arrested in 1869 and accused of conspiracy against the State. After his release, he organised an armed group of some 80 members who, having crossed the Apennines, intended to head for Florence, the then capital of the Kingdom, in order to encourage a republican insurrection.

Having undertaken this to celebrate the return of Rome to Italy, Tito Strocchi joined Garibaldi who was fighting alongside the French against the Prussians. In January 1871, he fought at Dijon and joined Ricciotti Garibaldi in an escapade to snatch from the Prussians the only flag lost by them in the entire French campaign.

On his return to Italy, he devoted himself to the law and journalism.

He became seriously ill with tuberculosis and died at Bagni di Lucca in 1879.